How does the planet deal with wildfires? In this episode, we'll take a look at Tang et al.'s epic piece from 2021, which investigates the final destination of the 2019-20 Australian wildfire emissions. 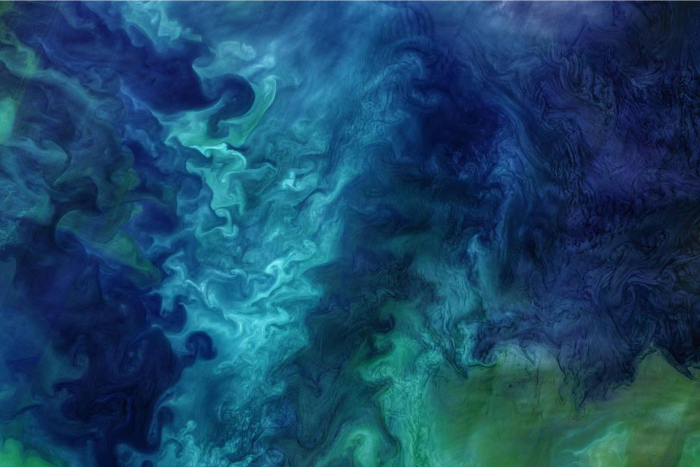 That's an aerial view of Sydney in 2020, when wildfires ripped through Australia, burning millions of hectares of vegetation. It's estimated that 715 million tonnes of CO2 (195 Tg C) were released into the atmosphere during the fire period, alongside an enormous amount of aerosols. That fire exceeded Australia’s total 2018 anthropogenic CO2 emissions of 537.4 million tonnes (147 Tg C)!


Upon noting that figure, the all-important question became... "well where did all that end up then?"


Among the teams looking for answers was Tang et al., who published their interesting findings in the paper "Widespread phytoplankton blooms triggered by 2019–2020 Australian wildfires".

In this brilliant investigation, the team describes how Australian phytoplankton came to the rescue, revelling in the aftermath of the destruction. According to the research, the fires facilitated the atmospheric transportation of macronutrients and bio-essential trace metals way out into the Southern Ocean, creating an algal bloom bigger than the continent itself.


The aerosols released were notably high in iron content. As a result, upon landing on the iron-limited waters of the Southern Ocean, a mass fertilisation took place, allowing phytoplankton populations to boom.

The blooms were so large that they ended up absorbing the equivalent of 50 to 150 percent of the carbon released by the actual fires, potentially offsetting the fires' impacts directly.

Now for some "Science fact or fiction". In this section we'll draw your attention to hypothetical or real innovations based on badass climate-tech research. Read the paragraph below and decide for yourself if it's real, or make-believe.

Based on Tang et al.'s research, a Tasmanian algal team called Phytofire are taking action. With the help of drones and large nets, the team has assembled the "Phytofire Response Global Task Force". This group collects wildfire phytoplankton blooms and ensures the sequestration of carbon by proceeding to lock the organisms away in underground vaults.