Jo Kelly is the CEO of the Australian Seaweed Institute, an organisation driving a sustainable and climate-positive seaweed industry in Australia. In this edited conversation with Peter Green, Jo spoke about the role seaweed biofilters can play in the Great Barrier Reef, challenges facing seaweed enterprises in Australia, and the importance of noting all potential upsides to creating a regenerative seaweed industry. 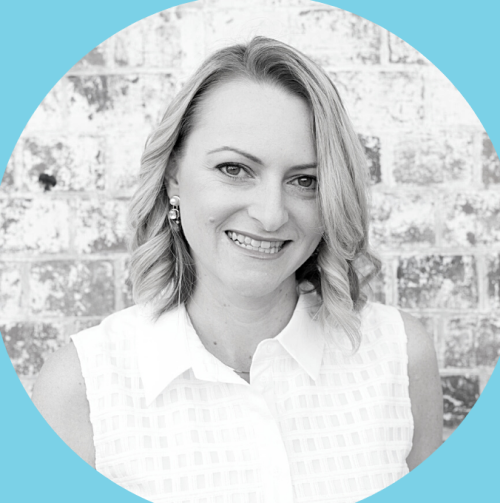 What influenced you to get into this space and how has the Australian Seaweed Institute evolved to where it is now?

My affiliation with the marine environment and oceans started from childhood. I've always been surrounded by oceans, fisheries, and boats so it's been imprinted on me from a young age. This exposure piqued my interest and led to me studying environmental engineering. After this, I decided to move into business strategy and consulting where I was problem solving for businesses and developing transformation strategies.

My leap into seaweed came after my involvement with Australian Ethical Investment, Australia's largest ethical super fund. I was inspired by their mission to funnel capital into projects which combatted climate change. Considering that many of these climate industries are nascent, we need to nurture and incubate them to the point they'll be ready for institutional capital. My role as an environmental innovator is to support these industries in their early stages. Seaweed stood out to me thanks to it's potential to contribute to ocean health and biodiversity.

Could you expand a little on your work with seaweed biofilters?

At the Australian Seaweed Institute we have been driving industry strategy development and trying to get some seaweed projects approved. In addition to this, my niche has become the development of seaweed biofilters to protect the Great Barrier Reef. I'm so excited with this area. It involves using a network of native seaweed biofilters in targeted locations across the Great Barrier Reef catchment that will remove nitrogen and carbon dioxide loads that are damaging coastal ecosystems. The harvested seaweed is then sold as a beneficial ingredient for use in bioproducts such as animal feed and fertiliser.

Our biofilter project kicked off in October last year, and we've been able to get a whole range of international expert advisors involved too.

We know that 30% of all carbon dioxide is absorbed by oceans and they're reaching a saturation point. We have seen that seaweed can essentially avert this ocean acidification by locally removing carbon dioxide. This protects the reef because acidification impacts calcification rates of coral. One of our target species for seaweed biofilters is Asparagopsis which is native to the Great Barrier Reef. Through growing Asparagopsis we can remove nitrogen and C02, buffer local climate change impacts and harvest excess seaweed for bioproducts. Such bioproducts include supplements which can reduce methane production from cattle for example.


How will seaweed be involved in future nitrogen and carbon credit markets?

In terms of nitrogen, there is already a voluntary reef credit scheme and market set-up in The Great Barrier Reef catchment area. We're looking at getting our solution methodology accredited so that we can add to that.


The carbon side of things is interesting and I'm waiting to see what comes out of that. There's a lot of debate in this area around calculating carbon uptake rates and locking the carbon away. You need to lock it up for a long time for it to count as a carbon credit, up to 100 years in some cases.

What big challenges remain for enterprises working with seaweed?

In Australia there are two main challenges. Firstly, how can we cultivate seaweed at scale in the oceans? We're trying to overcome this with the "Australian Sustainable Seaweed Alliance", an organisation that we've created. We need to encourage the spirit of collaboration because there is plenty of demand for our products.

The other issue relates to accessing ocean lease areas. In Australia, the separate states have their own aquaculture policies and processes. We are advocating for some policy change which would streamline and promote the adoption of seaweed as a new aquaculture industry in Australia.

Is hype a challenge for the industry?

Hype is only a challenge if we focus too much on carbon sequestration. There are so many benefits to having a regenerative seaweed industry and I would encourage people to take a much broader perspective. These benefits include increased biodiversity, improved water quality, a range of fabulous bioproducts and the creation of regional jobs in coastal areas. Through this we can get more people protecting the oceans. It is the most sustainable form of farming on the planet because it doesn't require any fresh water or fertiliser, and it cleans the water.

What advice might you give to yourself just starting out in this space?

I would tell myself that this is a long-term build and involves systemic change. It's challenging because it's such a slow-moving area, particularly in Australia. One of the best things I did was talk to everyone around Australia working with seaweed. It's such a great way to gather information and uncover opportunities. In addition, you really need to work out what you're in it for. For me, I'm in it to make a difference for the environment, and to grow new industries that will counteract the effects of climate change.


What books might you recommend to someone else starting out on this journey with climate-tech?

I've loved reading about "Doughnut Economics". New economic theory is fantastic. The book gives a whole new perspective on creating economies that do right by planet and people. Another book I was particularly influenced by was the "The Big Pivot". It's about putting sustainability at the core of business design.