Hampus Jakobsson is the founding partner of Pale Blue Dot, a seed-stage venture capital firm which invests in climate tech start-ups. In this edited conversation with Peter Green, Hampus spoke about challenges for algae-tech products, the evolution of Pale Blue Dot and how he hopes for more innovation in supply chains. 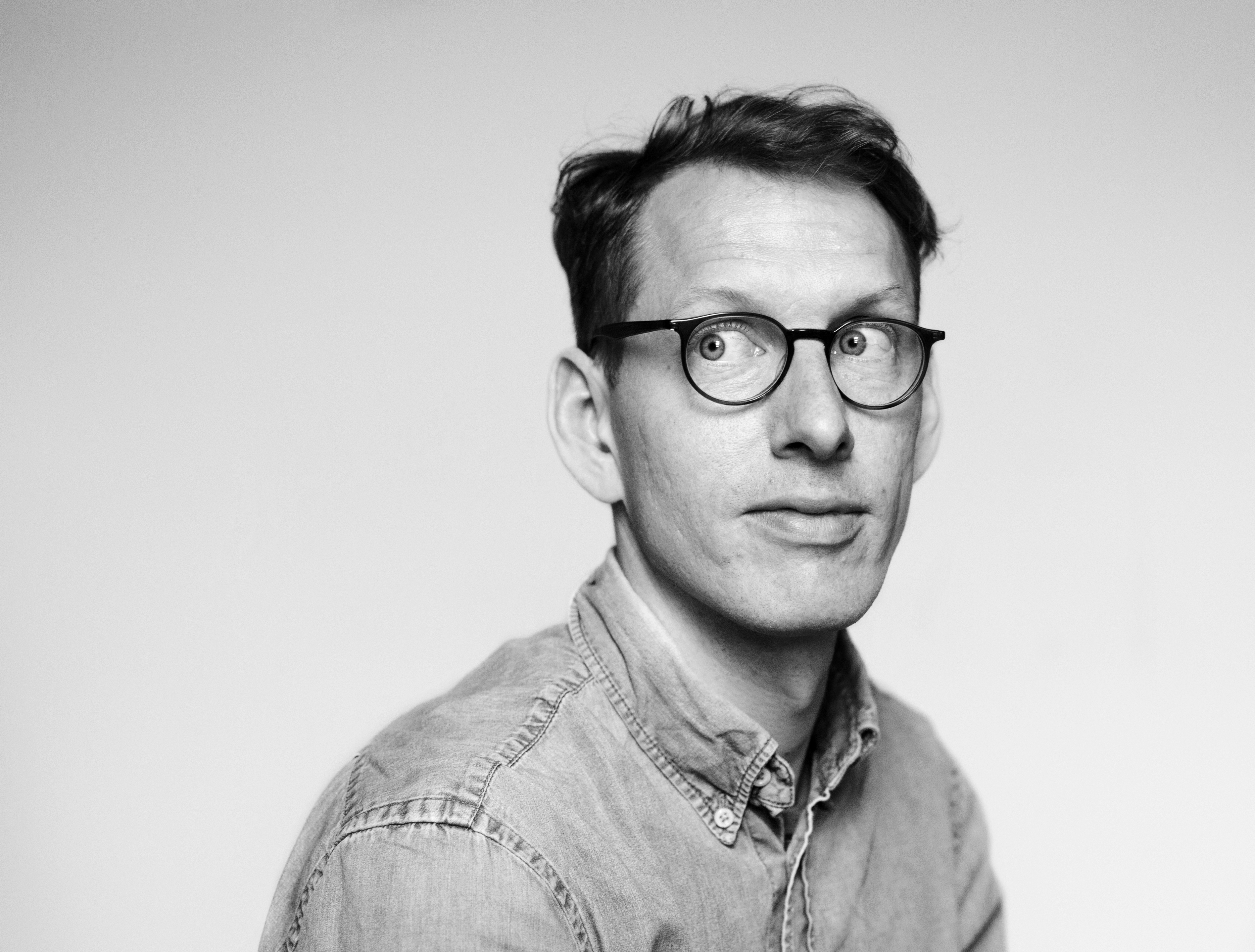 
How has Pale Blue Dot evolved to where it is now?

Pale Blue Dot is 16 months old now and run by three general partners: myself, Heidi Lindvall and Joel Larsson. I met Heidi whilst advising her previous start-up, and I initially met Joel after angel investing in one of his companies.


In terms of my path into climate-tech, I'm originally a computer scientist and come from a deep-tech family. My entrepreneurial journey started when I was 20, when I stumbled into building an art exhibition by mistake. This project quickly evolved into a business which attracted plenty of attention, including from Sony Ericsson, who invited us to create a PlayStation phone. We weren't initially interested, but their director was persistent and offered $50,000 per phone model, equal to the largest amount we’d previously been paid by an art venue. Sensing the greater opportunity, we pivoted away from art exhibitions, and over the following years built a company from six friends to 180 people with offices in Taipei, Tokyo, San Francisco and Chicago.

Post-scaling, we were eventually acquired by BlackBerry, whereupon the CEO asked me to run M&A for the company. After some deliberation I accepted and, in hindsight, I think this was a great lesson for me. It taught me the importance of finance. As a kid, I'd believed that science changed the world. As a result, prior to that acquisition, I'd lived 15 years of computer science, entrepreneurship, and building. During those two years at BlackBerry, I realised that real change came when you combined depth, entrepreneurship, and finance. So, that’s when I started angel investing.

After investing in 100+ companies, I then took the opportunity to join a deep tech fund in Berlin. That’s where I really started to look at more climate companies. Climate's particularly interesting because it remains a very gnarly topic. You need everything including depth, science, entrepreneurship, and action-orientation. I made several deals at that fund but realised how hard it was to change the venture model to suit the needs of climate. As a result, I decided to leave and eventually created Pale Blue Dot with Heidi and Joel. We opened the fund in June last year and have done 14 investments so far.

We created Pale Blue Dot for a number of reasons. Principally, it was and remains frustrating that there aren't enough early-stage, operator-led climate-tech funds. As a result, there are few who know how to be in the trenches with early-stage founders. This is mainly because it's a nasty stage to be in. You have to do a lot of stupid bets. A major challenge relates to assessing founders. Do they really want to change the world for the better? Will they stay the course? Will they sell their technology to the military instead? I jokingly say that it's a combination of Texas Hold'em and reading papers. The technical stuff is searchable, but picking people is a real bet. As a team, we’d previously done 150 odd investments in start-ups and people. As a result, we believe that we are well placed to pick the right people.

Given your previous investments in algae-tech, what's your opinion on the space?

In general, the biggest problem with algae-tech relates to demand. How can you create something which has a natural demand? At the end of the day (part-joke, part-truth) if you're selling to a company they care about three things, and if you're selling to a person, they care about three other things. Companies care about increasing revenue, decreasing cost, or decreasing risk. Therefore, when you start talking about increasing biodiversity, you're not checking one of those boxes. Meanwhile, consumers care about getting "paid, made or laid." Are you going to tick one of those boxes with an algae product?


You need to nail one of the following components: reduced price, increased convenience, or better quality. Right now, algae doesn't really check any of those boxes. That’s a problem.

Despite this, there are some exceptions to the rule. For example, our portfolio company betterfish positioned its algae product as an alternative to tuna, but as it isn't from tuna it isn't only better for climate, it is naturally cheaper. Using algae instead of tuna comes with additional benefits like increasing biodiversity, creating local jobs, and providing consumers with healthy food. When they position their product in this way, the buyers say "wow, you've made a better tuna" and few need to "care" that it’s algae. They can capture buyers who care about price and health. If you can increase the margins for companies, decrease the price for the consumer and provide something that's better for the world, you’ve really nailed it.

In which areas of the climate conversation do you really hope to see more innovations and solutions?

There are many problem areas but we are thinking particularly hard about saving biodiversity, moving pension fund money and improving supply chains.


I'm super interested in biodiversity. I think we're going to wake up one day and realise that we've missed the problem. We're all talking about carbon, but we don't talk about the thing that creates it. When we fixate on carbon that way, then carbon offsetting works and planting eucalyptus trees works, but these solutions can be terrible for biodiversity. Ecosystems are highly complex. They need a predator-prey system, they need different hierarchies, and different things keep everything in check. I fear that we're building a system where we promote the destruction of biodiversity in the name of climate.

In addition, we're also hoping supply chains become shorter and more transparent. Currently, we have a system designed to promote cheap labour and separate production from consumption as much as possible. We have no transparency around environmental variables like water consumption for example. Although the markets only worry about price, we've seen massive price spikes in 2020 which show how we cannot control anything, least of all prices. How broken are other variables in the supply chain? What about things which hurt the environment? How much exponentially worse are these secondary variables compared to price? There's a huge need to create transparency so we can really understand what's going on. Improving this area can have massive benefits for communities and climate.

What books might you recommend to someone else who's just starting out on this journey with climate-tech?


I propose a Venn diagram perspective on this which separates books into three main areas: red, blue, and green. In the blue sphere, you have books by technologists like Bill Gates, who suggest that we need to invest heavily into technology. His book "How to Avoid a Climate Disaster" is the most prominent in this area. Then you have the green sphere, which proposes a degrowth approach. Things like eat less, travel less, buy less. If you read Arne Næss for example, on extreme green, you would think about ecology a lot better and the degrowth movement. The problem with that circle is that it only works if the majority does it. When comparing the blue mindset with the green, I think blue generally wins. Nevertheless, there are certainly things we should reduce because some problems are very hard to solve through technology alone. Our attitude towards buying new things all the time as a society is one such example.

Finally, we have the red circle, which highlights that we need to change the economic system. People in this corner argue that we are now profiting by destroying the planet. Of course, the reds are really right about many things, but the problem with this corner is that it can oversimplify the challenge as a fight against capitalism. If you go too far in that direction you can create a world where certain kinds of innovation are inhibited.

My favourite book in the red sphere (and the book I think most people should read) is "How to Blow Up a Pipeline". When you're reading that book, you see how the legal system is actually protecting exploitation. In addition, the author explains how we need to discuss topics in order to force the hand of the system and create drastic change.